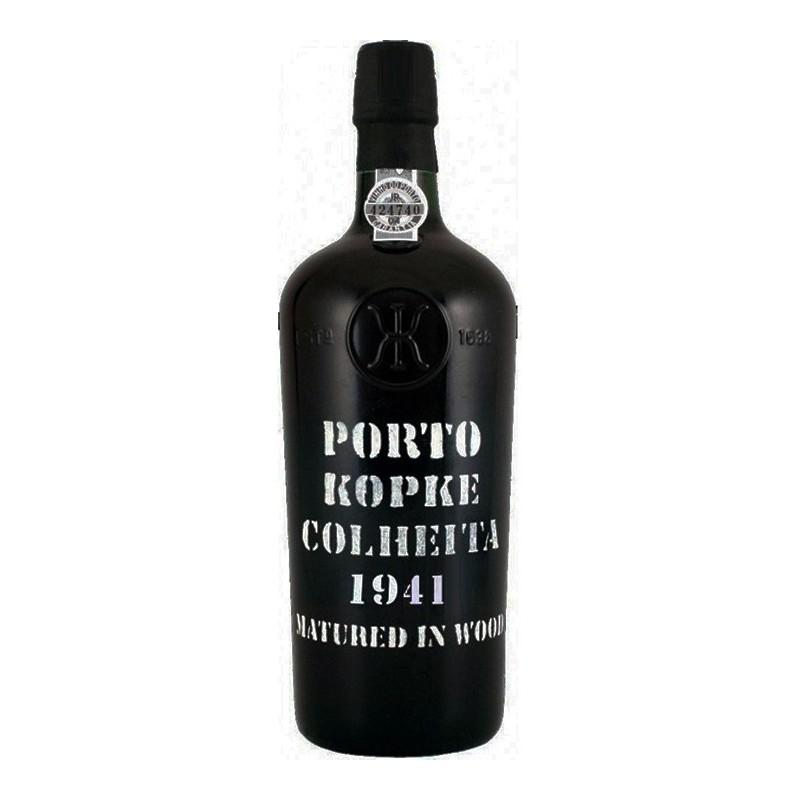 The Port Wine "Kopke Colheita 1941" by the Sogevinus Group was distinguished in London as the best port wine of the World.

This award, awarded at The World Drinks Awards / TheDrinksReport.com, joins the already 36 awards received since the beginning of this year: nine medals at the Sommelier Wine Awards, seven at the Concours Mondial de Bruxelles, five In the "Decanter Wine World Awards", five in the "International Wine & Spirit Competition", eight and two trophies in the "International Wine Challenge", said in a statement.

"Each of these distinctions is an acknowledgment of the quality of the wines of Casa Kopke," said Tania Branco Oliveira, from Sogevinus, quoted in the note

It's possible to buy only one bottle.

We suggest ordering 6, 12, 18, 24 and multiples of these quantities to get the best shipping.
You can mix wines.

Save products on your wishlist to buy them later or share with your friends.